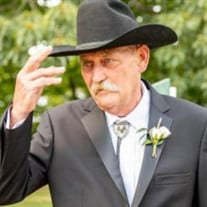 William “Bill” Walter Schmidt, Jr., 66, of Ellicott City passed away on Monday, April 12, 2021 at Howard County General Hospital. He was born on January 13, 1955, in Cheverly, Maryland, a son of William Walter Schmidt, Sr. and Mary Darlene (Kennedy) Schmidt. Bill grew up in Laurel, Maryland, where he attended St. Mary’s Catholic School and graduated from Pallotti High Catholic School in 1973. He was united in marriage to Lucy Shipe on September 26, 1986. He was blessed with the gift of a son, Francis “Frank” Walter, a daughter, Amelia “Emma” Christine, and another son, Louis “Louie” Michael. Bill served as an active member of the Laurel Volunteer Rescue Squad for many years in the 1970s-1980s and as an Officer for the Laurel City and Baltimore City Police Department during the 1980s. He was a skilled tradesman and business owner with unmatched attention to detail in his work. Through his fight against cancer he remained dedicated to his work with Habitat for Humanity and continued to produce housing for those less fortunate, even in his toughest days. His effort was mirrored in his dedication to his family and friends as well. He never hesitated to lend a hand when anyone was in need. His crystal blue eyes and loving smile will surely be missed. He is survived by his son, Frank Schmidt and his wife Kirsten of Mount Airy; his daughter, Emma Barkman and her husband Clark of Westminster; his son Louie Schmidt and his wife Christina; three sisters, Tina Locknane of Jacksonville, Florida, Lydia Darlene Dyer of Baltimore, Maryland, Bernice Bangs and her husband Earl, Jr. of Cole Camp, Missouri; three brothers, Bob Schmidt and his wife Jaaey of Laurel, Maryland, Joe Schmidt and his wife Angie of Berkeley Springs, West Virginia, and Mark Schmidt and his wife Bernadette of Bowie, Maryland; and three grandchildren, Tanner James and Quinn Elizabeth of Mount Airy, and Charlie Rose of Woodbine. He was preceded in death by his parents, William Sr. and Mary Schmidt, sister Anna Kay Martin, and brother Tim Schmidt, Sr. A viewing will be held on Friday, April 23, 2021 from 2:00pm - 4:00pm and from 6:00pm - 8:00pm at Haight Funeral Home & Chapel, 6416 Sykesville Road, Sykesville, MD.

The family of Mr. William Walter Schmidt Jr. created this Life Tributes page to make it easy to share your memories.

Send flowers to the Schmidt family.