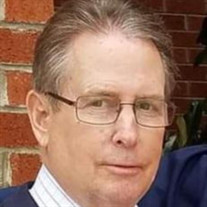 William Barry Hargest (Bill), age 76, of Westminster, MD (formally Sykesville, MD), went home to be with his Savior and Lord Jesus on December 23, 2021 after suffering from complications of Lewy Body Dementia. Bill is survived by his wife of 51 years, Sharon Hargest and by his 3 children, Brian Hargest (Jennifer), Brad Hargest (Maura), and Renee Ritter (Jon). He is also survived by numerous grandchildren: Jonathan Ritter (Kristen), Taylor Hargest, Joshua Ritter, Kacey Hargest, Kaitlyn Ritter, Justin Hargest, Nicholas Hargest, Madison Hargest, McKenzie Hargest, Aiden Hargest, Kara Ritter, and other grandchildren through blended families. He is survived by his brother Richard Hargest (Jane), brother-in-law Barry Leese (Wendy), as well as several nieces and nephews. Bill was born August 2, 1945, to William R. Hargest and Alice M. Hargest (nee Meyers) and grew up in Baltimore, MD. He graduated from Parkville High School and attended University of Baltimore School of Law. He spent most of his career as a sales manager at Sweetheart Cup Corporation. Bill met his wife, Sharon, while at the Susquehanna Trails Resort in Southeastern PA. After a 5-year courtship, they married on June 27, 1970 and raised their children in the Baltimore suburbs. He was a longtime and active member at Colonial Baptist Church in Pikesville, MD where he served as a deacon for many years. After moving to Sykesville, MD, Bill attended Friendship Baptist Church where he also served as deacon and later deacon emeritus. He was a true servant of God making every effort to share the gospel any chance he had. Bill also enjoyed spending time with his family going on many vacations to Williamsburg, VA and the beach. He will be dearly missed by his family and many friends. A Celebration of Bill’s life and heavenly homecoming will be held at 11 a.m. on Saturday, January 8, 2022, at Friendship Baptist Church - 1391 Sykesville RD - Sykesville, MD 21784. Senior Pastor Mark Massey will officiate. The family will receive friends at the church one hour prior to the service. In lieu of flowers, the family request donations be made to Friendship Baptist Church.

William Barry Hargest (Bill), age 76, of Westminster, MD (formally Sykesville, MD), went home to be with his Savior and Lord Jesus on December 23, 2021 after suffering from complications of Lewy Body Dementia. Bill is survived by his wife... View Obituary & Service Information

The family of William Barry Hargest created this Life Tributes page to make it easy to share your memories.

Send flowers to the Hargest family.