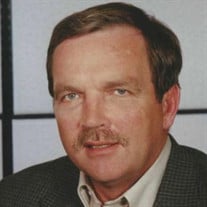 On December 3, 2020, Thomas (Tom) Joseph Murphy, Jr, beloved husband of Mary Jo (Cole) Murphy, passed away peacefully at home after an 11-year battle with lung cancer. Loving father of Stephen Murphy and wife Dawn, and Chrissy Alexander and husband Chris. Brother of Jane Bishop, Gerry Murphy, Maureen Murphy, Paul Murphy, and Greg Murphy. Cherished grandfather of Carlie and Drew Alexander. Tom grew up in Philadelphia, PA, a son of Thomas J. Murphy and Margaret (Hoggenmiller) Murphy. He was a veteran of the Vietnam War, where he served bravely as a United States Marine. After his military service, Tom transitioned into a career in the telecommunications industry, as a network engineer, operations manager, and ultimately corporate executive. His career success can be directly attributed to his work ethic and his leadership. The discipline and patriotism he learned in the USMC stayed with him throughout his life, as family and friends will attest. A Mass celebrating Tom’s life will be held at St. Joseph Catholic Church, 915 Liberty Rd, Sykesville, MD 21784, on Wednesday 9 Dec at 11 a.m. In lieu of flowers, memorial contributions may be made to St. Joseph Catholic Church, 915 Liberty Rd., Sykesville, MD 21784.

The family of Mr. Thomas Joseph Murphy Jr. created this Life Tributes page to make it easy to share your memories.

Send flowers to the Murphy family.