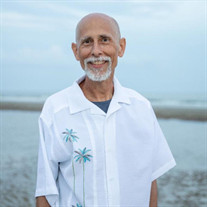 Thomas F. Leake January 13,1961-March 26, 2021 Thomas F. Leake was born on January 13, 1961 to Woodrow and Lana Leake in Dhaka, East Pakistan. Thomas’s family lived in several locations abroad and moved back to the United States, Bethesda, Maryland in 1966. During his teenage years, his mother would be saved by God’s grace and their family began a spiritual journey. Thomas growing up was often described as fun loving and incredibly energetic. In 1979 Thomas attended Frostburg State College where he would meet his loving wife of 37 years and be introduced to the gospel through a fellow classmate in a dorm room. When Thomas got saved, he immediately began participating in various ministries, often leading classes and studies when he had only been saved a year. He grew to love God’s Word and be passionate for the power of the gospel. A friend introduced Tom to the ministry of John MacArthur through cassette tapes and he began to hear Expository preaching. He married Susan in in November 1983. Thomas attended Capital Bible Seminary and received a Masters in Theology in 1987. During seminary days he worked at Berwyn Baptist Church as a PE teacher. Thomas worked as a 4th grade teacher at Forcey Christian School for eight years which would develop him in his communication skills and teach him patience in teaching. There he would begin to see the fruits of teaching as children grew in the practical knowledge of many topics as well as a love for the gospel. During this time Susan gave birth to Hannah, Grace and Faith. By faith, Thomas, Susan, and their very young children, moved to California and attended The Master’s Seminary where he received the degree of Master’s of Divinity. Professors commended Thomas on his grounded understanding of God’s truth, practical insight, and clear movement through passages that fellow students, professors, and congregates could easily follow. He had the privilege of serving as youth pastor of Congregational Christian Church in Los Angeles during seminary. In 1997 Thomas graduated from TMS would become ordained through IFCA International. By faith, Thomas, Susan, and their children moved back to Maryland to plant a church in the Mid Atlantic region to see God work in this area. Hope Bible Church began with several core families meeting in a warehouse in Laurel, MD. During this time Susan would give birth to their only son, Josiah. God would continue to grow both the ability of Thomas as well as the size and faith of the church overtime, moving from a warehouse, to a school, to a leased building, to another school, and finally to their own building in 2019. Thomas was known for his expository preaching and teaching. God would use Thomas to establish the Mid-Atlantic Bible Fellowship which would later be worked under the wing of John MacArthur’s Grace Advance ministry. It became to be called Grace Advance Mid-Atlantic (GAMA) and has grown to many churches, developed incredible Bible teaching materials and classes, and ministered to many congregations in this region. Currently GAMA has under gone a restructuring and is now called The Master’s Fellowship. Under the leadership of Thomas, George Lawson was sent to seminary to begin a church plant in Baltimore called Baltimore Bible Church. Thomas, with the help of several faithful congregates, created the Discover Hope Today ministry complete with several materials, book and booklets, programs, and blog posts that have ministered to many. Over the course of 24 years of faithful service to Jesus Christ, Thomas was used greatly to establish a church plant in Maryland, helped establish another church plant in Baltimore, create a network of like minded churches in the Mid-Atlanitc region, pastor thousands of current and former flock members, faithfully love and support his wife of 37 years, and father four wonderful and saved children. God used Thomas during this time to bring the gospel, advance His kingdom, and bring the truth of Jesus Christ to a dying world. Currently, Thomas resides in heaven with His heavenly Father, in the presence of Jesus Christ, rejoicing until we shall meet him again. A Memorial Service will be held on April 1, 3:00 pm at Hope Bible Church, Columbia, MD. Service will also be live-streamed. hopebiblechurch.org

The family of Mr. Thomas Frank Leake created this Life Tributes page to make it easy to share your memories.

Send flowers to the Leake family.