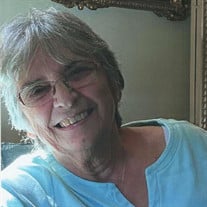 Teresa Campitelli Brown, 83, of Finksburg, Maryland passed peacefully into the arms of her Heavenly Father at 3:12 AM on the morning of January 14, 2022 after a short but hard fought battle with COVID 19 and Guillain Barre Syndrome. Born September 17, 1938 in Baltimore to Nicholas and Amelia Petro Campitelli, Teresa was the youngest of three children. A graduate of Seton High School, Teresa was married for 63 years to her teenage sweetheart, Thomas Brown, until he passed away in March, 2021. Together they raised three children and expanded their family to include a daughter and two sons-in-love through marriage. She kept in touch with many friends from St. Ambrose & Seton, including her dear friend Shirley to whom she spoke every day. Many of Teresa’s closest friends were family members and she spent a lot of time in their company and often vacationed and celebrated with her cousins and brothers- and sisters-in-law. In her lifetime she enjoyed many trips around the U.S. and especially loved to go on cruises. Teresa was a faithful lifetime member of the Catholic church. Teresa enjoyed playing cards, working jigsaw and crossword puzzles, BINGO, and spending time with her grandchildren and great grandchildren. She loved to cook and her specialties were homemade lasagna, meatballs, and Italian cookies and cannolis. Teresa was very proud of her six grandchildren and eight (soon to be nine) great grandchildren, and would show off photos to anyone who stood still long enough. She was easy going and had a positive outlook and even during her final illness she remained upbeat and appreciative of the medical care she received at Carroll Hospital Center and Sinai Hospital. Teresa is survived by daughter Gina and son-in-law Scott Adolph of Finksburg, son Tom and daughter-in-law Terry Brown of Eldersburg, and daughter Dawn and son-in-law Bryan Martin of Summerville, South Carolina; grandchildren Tom Jr and wife Jeanette Brown of Eldersburg, Jessica and husband Jerry Stroup of Eldersburg, Carrie Brown and partner Chris Carvalho of Westminster, Caitlin and husband Brad Widner of Eldersburg, Matthew and wife Rachel Martin of Greeneville, Tennessee, and TJ and wife Danielle Martin of Charleston, South Carolina; and great grandchildren Jayden, Aidyn, Cassidy, Jeryn, Tommy, Joelle, Lincoln, and Brantley as well as her Aunt Margaret who was a surrogate mother for many years. She is predeceased by her parents, Nicholas and Amelia Petro Campitelli, Brother Joe and sister-in-law Rita Campitelli, and Brother Paul and sister-in-law Doris Campitelli. A Memorial Celebration of Life for Teresa Campitelli Brown will be held on Saturday April 9, 2022, beginning at 3 pm at the Legacy Hall of Freedom Fire Department, Sykesville, MD. A meal and time of fellowship will follow immediately after the ceremony. In lieu of flowers the family requests donations be made in her honor to St. Jude Children’s Research Hospital, 501 St. Jude Place, Memphis, TN 38105 or www.stjude.org

Teresa Campitelli Brown, 83, of Finksburg, Maryland passed peacefully into the arms of her Heavenly Father at 3:12 AM on the morning of January 14, 2022 after a short but hard fought battle with COVID 19 and Guillain Barre Syndrome. Born September... View Obituary & Service Information

The family of Mrs. Teresa Campitelli Brown created this Life Tributes page to make it easy to share your memories.

Send flowers to the Brown family.