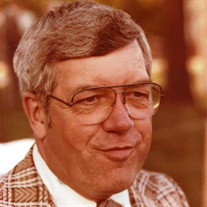 Robert H. Grauel (“Bob”) of Westminster, Maryland, died on October 11, 2021, age 92 years, at Carroll Lutheran Village in Westminster, after a brief illness. He was the devoted husband of 72 years to Edna B. Grauel. Bob was born in Burtonsville, Maryland, son of the late George H. and Evelyn Grauel. After graduating from Sherwood High School in Olney, Bob proudly served in the United States Marine Corps. Bob had a distinguished career of 38 years with the Johns Hopkins Applied Physics Lab (APL) in Fulton, Maryland. He began his career as an engineering assistant in APL’s “Bumblebee” program for developing guided missiles for the Navy. As a pioneer in the early days of audio-visual services, Bob set up a closed-circuit television system to transmit data during the early launches of Transit navigation satellites. He established a full-service television facility with broadcast-quality equipment in the 1960s. Bob’s accomplishments included developing systems to record engineering tests in the field, APL’s first dual rear-screen multimedia projection system, and an instructional television classroom linking APL with the Hopkins Homewood campus. Upon his retirement, Bob and Edna spent part of each year in Lantana, Florida, along with their close friends. He was a volunteer for the V.A. Hospital in West Palm Beach with their video productions. Bob also volunteered for Carroll Lutheran Village and was a driving force in upgrading the video and live streaming of worship services from Krug Chapel to Village residents in their homes. Before moving to Westminster, Bob was a faithful and committed member of First Lutheran Church, Ellicott City, Maryland. Bob enjoyed music and was the organist for St. Paul’s Lutheran Church, Fulton, Maryland for many years. He relished any opportunity he had to sit down at a piano and play “boogie woogie” for the entertainment of all present. In his younger days, his garden was his pride and joy, and he was happy to share his tomatoes and other produce. Besides his wife, Bob is survived by his sons and their wives, R. Wayne (Anne) and Bruce H. (Carol Mercer); grandchildren Nicholas Grauel, Jessica Grauel, R. John Grauel, Aaron Grauel, Maureen Grauel, Jared Mercer and Nathaniel Mercer; and three great-grandchildren. He was predeceased by two brothers. A private memorial service will be held at Krug Chapel, Carroll Lutheran Village, in Westminster. Inurnment will take place at Union Cemetery, Burtonsville, Maryland, in the Grauel family plot. Haight Funeral Home in Sykesville is assisting the family.

The family of Mr. Robert H. Grauel created this Life Tributes page to make it easy to share your memories.

Send flowers to the Grauel family.