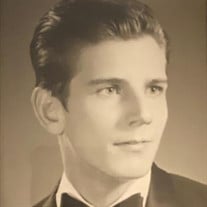 Michael “Mike” James Keller, 68, of Garland, Texas, passed away Thursday, November 18, 2021, in Dallas, Texas, surrounded by his children. Michael was born March 3, 1953, in Baltimore, Maryland, to Daniel and Dorothy (Yoswick) Keller. He graduated from Southern High School and lived in Maryland until 1983. He married Denise Michelle Galway in Baltimore, and together they raised four children. Michael was employed as a Fleet Supervisor for UPS and left a legacy of outstanding leadership and hard work. He retired at the young age of 56. He was a master mechanic, which explained his love of engines and his knowledge about cars. Michael enjoyed golf, playing cards, going to the races, late-night trips to Waffle House, and watching the Ravens play. His family always came first, and he was always there when they needed him the most. Michael strived to give his family everything they needed and to ensure they always had a place to call home, and he did just that. His heart was soft, and his soul was kind. He is survived by his two sons, Robert Keith Davis Jr., Daniel James Keller and his fiance Angela, his daughters Danyelle Walker, Kerstin Anne Allen, and their husbands Robert and Billy. His siblings, Daniel Keller, Jim and Linda Keller, Patricia and Jack Hoffman, David and Amy Keller, several nieces and nephews, four grandchildren, Sierra, Kendall, Michael, and Bryce, and two great-grandchildren, Ariah and Cayson Landreth. He is preceded in death by his parents, Daniel and Dorothy, his wife, Denise Michele Keller (Galway), his granddaughter Kristina Michelle Keller and his sister Kathy Snodgrass. Friends and family may visit one hour before the service from 10:00 a.m. to 11:00 a.m. on The service will be held at 11:00 a.m., Friday, December 3, at Haight Funeral Home & Chapel P.A., 6416 Sykesville Rd., Sykesville. Burial will follow at Lakeview Memorial Park, Sykesville.

The family of Michael James Keller created this Life Tributes page to make it easy to share your memories.

Send flowers to the Keller family.