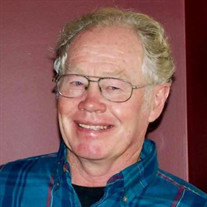 James Philip (Phil) Jones died on January 17, 2022, at his life-long home on Bowling Green Farm surrounded by his loving family. Phil worked his entire life at the farm which has been owned by the Jones' for over 250 years. He was privileged to be surrounded by his grandchildren, the 10th generation to live and work on the farm. Phil graduated from Howard High School in 1958 where he played on the soccer team and was a member and vice-president of the Future Farmers of America. He was a member of the 1956 and 1957 Howard High state champion FFA Dairy Cattle Judging teams. He went on to become a member of the 1958 Maryland National 4-H Dairy Judging Contest team. This national competition brought the best 4-H Dairy Judging teams from around the county to compete in Waterloo, Iowa. The national winner advanced to compete internationally in Europe. The Maryland team came in second that year, losing by only one point. In his yearbook he said that he “hoped to own a dairy farm someday”. He achieved that dream by joining with his father Ridgely Jones, brother John Jones and later his son Tim Jones in a successful dairy farm. Over the years they expanded the operation, making numerous improvements over more than 60 years and purchasing an additional farm in 1982. Bowling Green Farm was one of the last commercial dairy farms in Howard County when the family transitioned to a beef cattle operation in 2019. The success of the farm over those 60 years was due largely to Phil’s eye for good dairy cattle and his ability to breed and manage a successful herd. He was recognized as a leader in the agricultural community serving as a long-time president of the Howard County Farm Bureau, as a member of the Howard County Agricultural Preservation Board, a member of the Montgomery County Farmers Club, an active participant in the Howard County Young Farmers discussion group, and as a member of the board of the Farm Service Administration. In 2003 he was recognized as the Howard County Soil Conservation District Cooperator of the year. In 1965, he married Sharon O’Farrell Jones who stood beside him as his faithful partner for the entire 56 years of their marriage. They went on trips throughout the United States and particularly enjoyed Williamsburg VA where they had honeymooned. Phil was an avid reader throughout his life, enjoying everything from Russian literature to Tom Clancy novels. He fostered an environment of debate around his dinner table, where everyone was encouraged to present an opinion and civility was expected. In his later years he experienced a number of health problems but continued to enjoy reading and learning about the history of the world and the family farm. He delighted in his grandchildren, telling them stories, showing them the farm and watching many of them show dairy cattle at the Howard County fair. He is survived by his wife, Sharon O’Farrell Jones, his sons and daughters in law, Timothy James and Mitzi; Thomas Ridgely and Sahar; and Philip O’Farrell and Emily Jones all of Sykesville; his sister Ann Holmes Jones and husband Donald Koch of Ellicott City, and his grandchildren Shannon Nicole, Rebekah Ann, Jacob Benjamin, Ridgely Elijah, John Thomas and Luke Thomas Jones, all of Sykesville. Phil was predeceased by his parents Ridgely and Helen Jones and his brother John Ridgely Jones. His even handed, gentle, solid spirit will be missed by those that knew him. The family will receive friends from 2 to 4 & 6 to 8pm on Thursday, January 20, 2022, at Haight Funeral Home & Chapel, 6416 Sykesville Road, Sykesville where a funeral service will be held on Friday, January 21, 2022, at 3pm. Interment will be private. In lieu of flowers, memorial donations may be made to Gilchrist Hospice of Howard County, 5537 Twin Knolls Road, Unit 434, Columbia, MD 21045 or to the Parkinson's Foundation, Mid-Atlantic Chapter, Attn: Donor Services, 200 SE 1st Street, Miami, FL 33131.

James Philip (Phil) Jones died on January 17, 2022, at his life-long home on Bowling Green Farm surrounded by his loving family. Phil worked his entire life at the farm which has been owned by the Jones' for over 250 years. He was privileged... View Obituary & Service Information

The family of James Philip Jones created this Life Tributes page to make it easy to share your memories.

Send flowers to the Jones family.