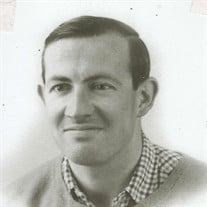 On March 19th 2022 Eugene Thomas Curtin passed away after 80 glorious years on earth. His love for family and his spirit for debate will never be forgotten. He left behind his wife Nancy, three children and three exceptional daughters in laws as well as eight extra exceptional grandchildren. All of whom are saddened by his absence as well as fortunate to have had his guidance. Kevin Carl and his wife Cynthia and children, Hunter, Kendall and Caden. Eugene Joseph Curtin and his wife Lee and children Oliver and Sawyer and Scott Francis Fisher Curtin and his wife Kristen and children Aubrey, Makenzie and Elliana. He also leaves behind his sisters-in-law, Christine Curtin and Jean Smith. Brothers-in-law Joseph and William Smith. Nieces Jillian Smith Rhodes, and Quinn and Paige Barry and many cousins and friends Eugene was born on March 8th, 1942 in Pittsfield, Massachusetts to parents Carl Lawrence and Mary Vivien Fisher Curtin. His adolescent years were spent exploring the Berkshires and in his home town of Tyringham, Massachusetts with his brother Carl LeRoy, cousins and friends. Eugene would go onto to study at UMass Amherst obtaining a degree in Business Administration and then went on to obtain his master’s degree in Public Administration at Barauch College in New York City. An experience he always said was one of his fondest memories. Along the way he developed a love for the writings of Charles Dickens and patiently awaited his call up to the Yankees. Thou the call up never arrived, he was instrumental in the ”teams” success through inspirational means. He was, however, a proud member of the Tyringham Colonels which is where he got his nickname “the Colonel”. In 1968 he met and would go on to marry Nancy Smith, arguably the most caring person on the planet and recipient of the greatest mom in the world award every year since its inception. He proposed on the ski lift at Jiminey Peak, of course no ring. Dad was not always conventional. They were married on October 16, 1971 and celebrated their 50th wedding anniversary with a Grand Tour of places remembered in New England. The couple would move to Maryland shortly after their marriage. They would go on to raise three boys, two dogs, one guinea pig and persnickety cat called Pud . All three boys inherited their father's humor, empathetic nature and ability to fix just about anything with epoxy. A celebration of Eugene’s life will be held at Saint Michaels Catholic Church in Mount Airy, MD on Saturday March 26th at 11 o’clock a.m. Please join the family in celebrating Eugene’s time on earth and legendary stories amassed over 80 years. Burial will be at St. Michael’s Cemetery. A luncheon will follow in the church hall. All are welcome. In lieu of flowers, memorial donations may be made to St. Jude Children’s Research Hospital: 501 St. Jude Place, Memphis, TN 38105 International Rescue Committee , 122 East 42nd St. New York, NY 10168, or to Pulmonaryfibrosis.org.

On March 19th 2022 Eugene Thomas Curtin passed away after 80 glorious years on earth. His love for family and his spirit for debate will never be forgotten. He left behind his wife Nancy, three children and three exceptional daughters in laws... View Obituary & Service Information

The family of Eugene Thomas Curtin created this Life Tributes page to make it easy to share your memories.

Send flowers to the Curtin family.