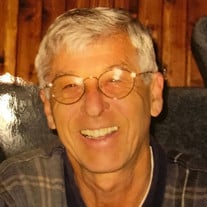 Erik Rosenbaum, founder and president of Sun Nurseries, died December 3, 2018 at his home. Born September 13, 1935 in Copenhagen, Denmark, he was the son of the late Fritz and Inga (Pederson) Rosenbaum. He was the husband of the late Minna (Bruun) Rosenbaum who died May 2, 1994. He was the husband of 21 years to Mary Rosenbaum. One of his earliest childhood memories was when his father was arrested by German gestapo. His mother managed to gain his father’s freedom and the family escaped to Sweden until the end of the war. At age 11, Erik attended a boarding school and lived with a teacher who loved plants and this is where his love of plants began. Erik served time in the military and after his mandatory basic training, he remained in the Danish Air Force where he taught electronics. Electronics became his first passion. This passion led him to the USA because he wanted to be where the new discoveries in electronics were happening. He married his first wife, Minna and immigrated to the USA in 1959. Upon first arriving in Baltimore, he worked as a clerk at a electronic components shop. After some months of searching for better employment, he acquired a job as an electrician with Bendix Corporation. Four years later, he and his family moved to Randallstown and he attended Johns Hopkins University night school. He earned his Electrical Engineering degree, with honors, in 1967. At the time of his graduation he had 4 children and was promoted to an Engineer with the Bendix Corporation where he remained for 20 years. In 1974, he and his family moved to Bushy Park Rd in Woodbine, where together they built the homestead, had a farmette, and began working toward making his second passion, plants, his livelihood. By 1981, he had retired from Bendix Corporation, opened Sun Nurseries full-timed, and started his second career as a nurseryman. Today, the family-owned business grows most of the plants it sells on 110 acres, and is noted for locally grown nursery stock, professional landscaping and knowledgable staff. Erik’s engineering skills and stewardship for the environment combined to have a facility that was one of the first to utilize techniques aimed at being environmentally responsible. He installed a system to recycle the runoff from the daily watering of plants and utilized a pest control system (IPM) that minimized the use of pesticides. Recently he became interested in PawPaws and used his passion to spread the word about this great native fruit. Erik was a force of nature, he was an “all in” kind of guy. He was always there to help and able to be everywhere at the same time in the nursery. His work ethic was inspiring. He also played hard, was a champion ping-pong player and an avid science fiction reader. Unfortunately, Erik was diagnosed with Progressive Supranuclear Palsy (PSP), a degenerative disease, that over the past 4 years slowly diminished him. When faced with serious illness, he showed no fear, took the challenges in stride and worked hard. He continually exhibited courage, determination, and love of life. Erik will be remembered as a loving husband and father, brilliant engineer, mentor and entrepreneur who was innovative, creative, meticulous and driven to provide a fair work environment to all employees making customer service a priority. He was a dear friend and mentor to many. Surviving, in addition to his wife, Mary, are children Alan Rosenbaum and wife Linda, Susanne Shearer and husband Robert, Annette Fentress and husband Keith, Karin Rosenbaum, and Amy Roberts, brother and sister-in-law, Per and Lyn Randers; grandchildren Stephanie Troché, Terri Kimble, Jessica Shearer, Alex Rosenbaum, Bobby Shearer, Zach Fentress and Sierra Fentress. The family will receive friends on Saturday, December 8, 2018, from 4:30-5:30 pm at the Haight Funeral Home & Chapel, 6416 Sykesville Road, Sykesville, MD 21784 where a memorial service will follow at 5:30 pm. In lieu of flowers, donations may be made to CurePSP (Progressive Supranuclear Palsy); make check payable to CurePSP and mail to 1206 York Road, Suite L-4, Lutherville, MD 21093.

Erik Rosenbaum, founder and president of Sun Nurseries, died December 3, 2018 at his home. Born September 13, 1935 in Copenhagen, Denmark, he was the son of the late Fritz and Inga (Pederson) Rosenbaum. He was the husband of the late Minna (Bruun)... View Obituary & Service Information

The family of Mr. Erik Rosenbaum created this Life Tributes page to make it easy to share your memories.

Send flowers to the Rosenbaum family.