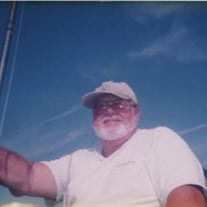 David A. Sorflaten Age 88, of Rock Hall, Maryland David Allen Sorflaten, age 88, paddled off into a final sunset peacefully from the shore of his home in Rock Hall, MD, with his life partner of 37 years, Pam Sine, by his side. Born January 23, 1932, in Sykesville, MD, he was the son of the late Alvin Obert Sorflaten and Judith Vance Barton Sorflaten. Mr. Sorflaten graduated from Sykesville High School and briefly studied voice at the Peabody Conservatory of Music before enlisting in the Navy during the Korean Conflict. He served from 1952 to 1956 as a Navy Hospital Corpsman and X-Ray technician aboard the Repair Ship USS Amphion, AR-13, and later on the Heavy Cruiser USS Des Moines, the flagship of the Sixth Fleet which operated in the Mediterranean area. After his honorable discharge, he moved to Chestertown, MD, where he attended Washington College under the G.I. Bill while working part time at Kent & Queen Annes Hospital. After college graduation, Mr. Sorflaten married Anita M. Brown raising three children together during their 19-year marriage. From 1960 to 1972, Mr. Sorflaten worked for the Campbell Soup company in Chestertown, MD, where he was active in The First Methodist Church, The Boy Scouts, and the Rock Hall Yacht Club where he crewed for several years on the log canoe Mystery. After returning to Carroll County in 1973, he worked for Telemechanique (later bought by the Square D Co) for 17 years. For several years during this time he also wrote a weekly outdoor column for the Carroll County edition of the Hanover Sun. In 1990, Mr. Sorflaten moved back to Rock Hall on the Eastern Shore where he was in sales for the Tri-State Electric Company for an additional 5 years. Mr. Sorflaten enjoyed boating, fishing, and was an avid nature photographer. He was a member of the Rock Hall American Legion and an active volunteer with the Friends of Eastern Neck Island at the Eastern Neck Island National Wildlife Reserve. In addition to his life partner, Pam Sine, he is survived by three children Derek A. Sorflaten (Vickie), Michelle S. Hwang (Victor), and Amy J. Sorflaten (Mark Olphin), nine grandchildren, and nine great-grandchildren. Friends may visit with the family on Thursday, October 15th, from 11 - 12 at the Haight Funeral Home & Chapel, 6416 Sykesville Road, Sykesville, MD. A funeral service will immediately follow at noon. Interment will be private. Those desiring may make donations in his memory to the Friends of the Eastern Neck Island. Online condolences may be made at www.haightfuneralhome.com

David A. Sorflaten Age 88, of Rock Hall, Maryland David Allen Sorflaten, age 88, paddled off into a final sunset peacefully from the shore of his home in Rock Hall, MD, with his life partner of 37 years, Pam Sine, by his side. Born January... View Obituary & Service Information

The family of Mr. David A. Sorflaten created this Life Tributes page to make it easy to share your memories.

Send flowers to the Sorflaten family.