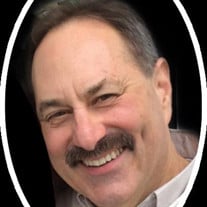 Curtis James Hess passed on October 21, 2020 peacefully in his home surrounded by family and friends at the age of 64. Curt was born April 28, 1956 and grew up in Gettysburg, PA. He attended Delone High School, playing basketball, guitar, and the field, and graduated in 1975. Continuing his education, Curt attended Mount Saint Mary’s College in Emmitsburg, Maryland obtaining a degree in Sociology in 1979. That same year, Curt completed training at the Wicomico County Police Academy and served as an Ocean City Police Officer for the following two years. Curt continued his graduate education at Johns Hopkins University and Stevens Institute of Technology studying Business and Project Management. He was a member of the American Legion, the Men’s Auxiliary, the Eldersburg Freedom Lodge No. 112, the Shriners, in addition to always working and dedicating time to improving himself, providing for his family and advancing society. He was a longtime colleague and friend of NASA, working on the Orbital Launch Services Project and the joint NOAA/NASA Polar Operation Environmental Satellite Project. Spending much of his career at the NASA’s Goddard Space Flight Center, he most recently worked as the Space Environmental Monitor Instrument Manager for the launch of the international MetOp-C weather satellite mission that launched in November 2018. Curtis is survived by his mother, Imogene Louise Spangler Hess, his father James Curtis Hess (deceased) and his loving daughters Jenna Hess, Christa Johnson, Jamie Speaks and Micayla Hess and his grandchildren Sophia and Jett Johnson and Dean Speaks,also survived by one sister Tina Hess and the late Victory Smith. A private ceremony is planned for Sunday, November 1, 2020 at Haight Funeral Home and Chapel.The family has requested that donations may be made to NASA space center.Wearing Masks,social distancing and a 75 percent capacity will be required at the Funeral Home.

Curtis James Hess passed on October 21, 2020 peacefully in his home surrounded by family and friends at the age of 64. Curt was born April 28, 1956 and grew up in Gettysburg, PA. He attended Delone High School, playing basketball, guitar, and... View Obituary & Service Information

The family of Mr. Curtis James Hess created this Life Tributes page to make it easy to share your memories.

Send flowers to the Hess family.